COINS OF JAHANGIR : CREATIONS OF A NUMISMATIST

Contents: Foreword. Preface. 1. Historical background. 2. Coins of Jahangir. 3. Mints of Jahangir. 4. Gold coins. 5. Silver coins. 6. Copper coins. 7. Forgeries. Appendices. Bibliography. This book is a follow-up to the author’s Coinage of Akbar: The Connoisseur’s Choice published in 2005, and is the result of extensive research over a period of nearly eight years. On the basis of feedback received from the fellow coin collectors and scholars, whereas the classification of less common coins has been retained (that is S for scarce, R for rarer, RR for still rarer; and RRR for extremely rare), the illustrations have been placed side by side with the description for easier reference. Jahangirs coins have always been most sought-after of the Mughal coins on account of their exquisite beauty and craftsmanship. As the demand has always out-stripped supply they have continued to be the forgers favourite. Keeping this in mind a chapter has been added on Forgeries. It should be of particular help to new collectors. The catalogue section of the book which covers 205 pages (57 for gold coins with 125 types,108 for silver with 226 types; and 40 pages for copper coins with 60 types including four different double dams) is profusely illustrated with over 600 coins. These represent not only all the famous museums and numismatic societies, but also the rarest of rare specimens from private collections all over the world. Many of these are being published for the first time; specially Jahangir’s copper coins which represent as many as 47 mints. The authors investigative approach will be of interest to numismatic scholars and academicians in finding answers to some of their most baffling questions. For example, why did Jahangir issue a large proportion of his coins with the name of his father, but Akbar was conspicuously missing from his Kalima type coins?; or, Why did he issue some coins with the exhortation Allah-Uh-Akbar with his own name missing ? among other mysteries 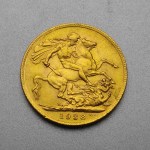 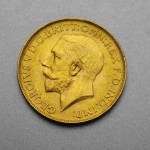