INDIAN NUMISMATICS: ITS BEARING ON HISTORY, CULTURE, ART AND ICONOGRAPHY

The present volume contains 31 essays which have significant bearing on history, culture, art, architecture, religion, iconography, language, orthography, palaeography, geography, metallurgy, coin-technology, movement of peoples, migration of motifs, etc. The first paper deals with the much debated crested figure of punch-marked and Ujjain coins which has variously been identified with different deities by scholars. Fresh clinching evidence has been presented to identify the figure properly. Vatasvaka coins found from the Taxila region have been debated for long but a new piece illustrated here establishes it to be a place-name. Many new types and varieties of copper and lead coins bearing the Brahmi legend Kadasa have been discussed and illustrated together with the species belonging to Sujyeshtha, Gomitra and Vishnumitra, all from Sugh in Haryana. An up-to-date data of Pratishthana coins has been presented. Coins of Gomitra of Mathura reveal the earliest appearance of nimbus and a new technique of making coins. For the first time eight different versions of legends on the silver Kuninda coins have been presented. Coins of the Trigartas have been revisited illustrating newer varieties, some found from Pakhtunkhwa in Pakistan. Orthographic peculiarities of Yaudheya and other coins betray scriptural bearing on pronunciation of certain sounds. An exhaustive treatment of coins from Maheshwar with many new varieties of city-state specie forms the subject of another paper. Coins of the city-states of Hathodaka and Kuraghara/Kuraraya have been discussed with their possible significance and newer identification of the location of the former. Many new coins and seals/sealings like those of Magha, Sivaghoshaka, Bhavaraja, Dhavalapa, Sarangapanideva, Sura-Varmmana, Vijayamitra, etc. from different places and belonging to different dynasties have a great bearing on their history and chronology. A new epithet of Rajamatya has been deciphered on some sealings. Coins from Kashmir show lion as Siva’s vehicle instead of Nandi. Corroborative literary evidence has been searched and cited. New and interesting evidence regarding the Aulikaras and their associates has been discussed for the first time. The work is adequately illustrated with some latest finds. 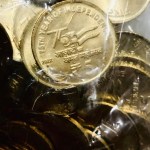 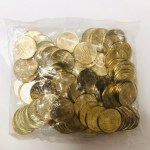 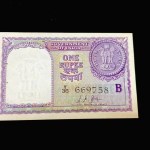 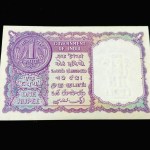